The Mental Health Benefits of Hypnotherapy 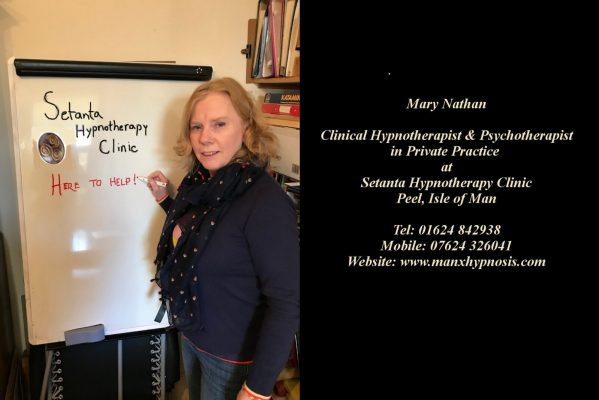 Millions of people all over the world suffer from mental health problems without knowing it.  When they hear the term “mental health”, it conjures up images and feelings they equate with being weak, vulnerable and dysfunctional. Nobody wants to be seen as abnormal so rather than address the problem they go into denial and seek to alleviate their emotional pain using prescribed medication, alcohol, drugs, gambling or even work or sex.

Statistics show how alcoholism, depression, and social anxiety are among the biggest health problems in the world. Even with the billions of dollars spent yearly on researching and developing drugs for mental health problems, things are still as bad as they were years ago. Despite the best efforts of the biggest pharmaceutical companies in the world, the global mental health situation doesn’t seem to be improving. Why is this so?

The answer lies in this simple fact: it is very hard (almost impossible) to resolve problems that exist in the subconscious with solutions that are not subconscious-based. In layman terms, you cannot treat an emotional problem with an intellectual solution. You cannot effectively treat conditions like depression or addiction the same way you treat constipation. Mental health problems are caused by factors that are buried in the deep recess of the mind—in the subconscious. To resolve and be permanently rid of them, you need to access the subconscious, and to this, you need hypnotherapy.

The examples below will shed more light on the importance of Clinical Hypnosis and how it is one of the most effective solutions to mental health problems:

Depression
Depression can be caused by a variety of reasons, but the most common causes are rooted in the subconscious. For example, a young man that was abused as a child may grow up and suffer from depression. Now, this man can get medicine to treat this ailment, but prescribed medication cannot address the powerful negative emotions associated with the memories of his abuse that are buried in his subconscious mind. Drugs may help him block out the events, but once something (e.g. the smell of the after shave his abuser wore during the episodes) triggers the memories, he goes back to his depressive state.

How does Hypnotherapy help? Well, in a state of hypnosis, this young man will be able to access the traumatic memories that trigger his depression, and using psychotherapy, the emotions associated with the negative memories can be released for good. After Hypnotherapy, the young man remembers what happened but unlike before, it no longer triggers the sad depressive feelings. The triggers have been neutralised and the depression is gone forever!

Anxiety
What of a young lady who can’t talk in public, who struggles to have relationships, and suffers from low self-esteem? Sure, she can listen to some videos, read some books, and take some medicine, but her problem will never fully be gone until she addresses the emotional root cause of her anxiety. Perhaps she was once embarrassed publicly when she was particularly vulnerable, or she was heartbroken by someone she really loved. The root causes of her mental issues exist in her subconscious and it is only by working with the subconscious mind that real change can be made.

Using suggestion therapy, she can make the exact changes she wants. She can use suggestions to enhance her confidence and boost her self-esteem.

Addiction
When faced with a painful memory, overwhelming disappointment, shame, guilt, or feelings of inadequacy, many people try to numb the pain using alcohol or drugs.

Consider a man that resorts to drinking to because he lost the love of his life. Without realizing it, he relinquishes control to the alcohol and it takes over his life. The more he drank, the more dependent he became on alcohol, his artificial crutch. The drinking quickly becomes an activity that his subconscious mind registers as an important part of his life and it is triggered every day without him even having to think about it.

At that point, it has become a habit over which he has little or no conscious control! He can turn to a variety of methods to help him manage his addiction, maybe Alcoholics Anonymous, medication etc. but managing a problem is not the same as curing it. Whenever he is reminded of his loss, he relapses again.

With hypnotherapy, however, he can resolve his addiction at its source: in the subconscious. By addressing and releasing the associated negative emotions, he is free to move on with his life. Hypnotherapy doesn’t make him forget his lost love, however, his memories no longer trigger the negative emotions that led him to drinking in the first place.

Taking the next step

Given what you now know about mental health problems, will you keep trying to manage the symptoms you suffer with, or will you now choose to tackle the underlying emotional root cause?

These are just some of the mental health problems that can be resolved using hypnotherapy. For more information on Clinical Hypnotherapy as practised at Setanta Hypnotherapy Clinic in Peel, Isle of Man, please visit our website.