Scientific Method is used to Uphold Belief rather than Expose Truth 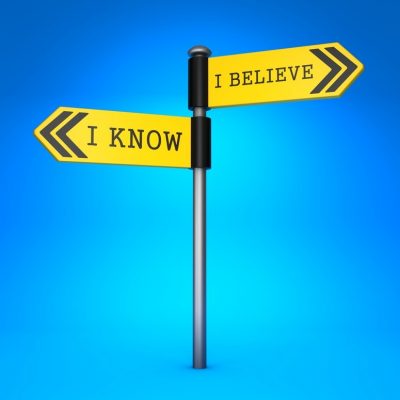 When a scientific study is carried out to investigate the relationship between any cause and effect the information collected is analysed and any conclusion reached is described mathematically.

Temperature readings are taken for various distances of the thermometer from the heater and a table of results is drawn up. Using this table a graph is then plotted. The shape of the graph then gives a clue as to the mathematical relationship between the temperature and the distance from the heater.

Mathematical equations are tested to fit the graph until the one that fits best is found. Once this is done the conclusion of the study is then stated as a mathematical formula that can be used to predict results for all distances and temperatures within reason.

The Role of Hypothesis in Scientific Method

Important to note that every study begins with an hypothesis i.e. someone puts forward an idea to explain an observable phenomenon. The hypothesis is then tested and a conclusion arrived at. If the hypothesis is wrong then no relationship will be found between the things being studied and the scientists go back to the drawing board to come up with another hypothesis until they find one that works.

This shows that the basis then for every scientific investigation depends on someone coming up with an idea to explain something. Without an hypothesis to test there can be no investigation. The idea comes from the mind of the scientist and is therefore a function of the mind of the individual who comes up with it. So what if the hypothesis itself has a bearing on the investigation in that it has the power to influence the outcome?  What if the idea is a belief strong enough to create the results that make it seem true? What if the act of looking for an explanation actually creates what we look for?

Science is beginning to consider this idea more seriously especially in light of the ‘Quantum Quandary‘ when it comes to the strange behaviour of tiny particles fired at two narrow double slits in a screen.

The situation becomes even more ridiculous when studies are carried out to explain human behaviour. The reason for this being that no matter what the hypothesis put forward a relationship can be found between the cause and the effect being studied which just goes to prove that our minds come up with the evidence we seek in order to uphold our core beliefs about ourselves and the world.

“Science is a social enterprise. Scientists are human and share the same weaknesses as all members of the human race. The scientific method fails to yield an accurate representation of the world, not because of the method, but because of those who are attempting to apply it. The method fails when scientists themselves, usually collectively, allow their own biases and personal preferences to shortcircuit the hypothesis-testing part of the process.”  ~ John Baumgardner, Ph.D.

Hypnotherapy uses the power of the mind to find evidence to support those beliefs that best serve you. A man who believes that no matter what he eats he remains thin is not best served by finding support for such a belief if he wants to become bigger. A woman who believes that the smell of food is sufficient to make her put on weight is not best served by such a belief if her heart’s desire is be be slim. It is in selecting and nurturing the beliefs that best serve our goals that Hypnotherapy comes into its own and achieves in a fraction of the time anything will power might hope to gain.

For more information on how to harness the power of your subconscious beliefs to achieve your goals please call Setanta Hypnotherapy Clinic in Peel on Tel:842938.

Hypnotherapy to Correct Self Perception

The Photoelectric Effect Demonstrates The Particle Nature of Light

The Most Famous Failed Experiment

Do What You Are Told