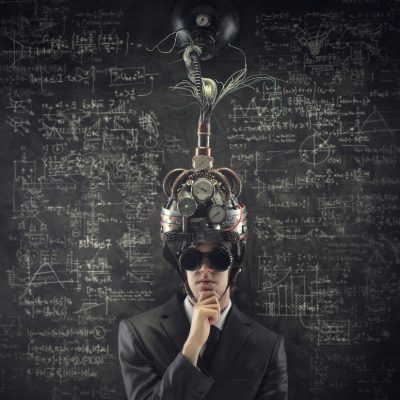 What Can be Treated with Hypnotherapy

My wife Mary and I run our own private Hypnotherapy Practice in Peel, Isle of Man where we employ a combination of Hypnosis and Psychotherapy to treat conditions with an emotional root cause. To see a list of some the conditions we treat please follow the link  What Can Be Treated

Our Private Hypnotherapy Practice is called Setanta after the great Irish legendary warrior, Cú Chulainn. The name conjures up in me the idea that we are not our bodies and as such are not limited by the physical restraints placed upon us by identifying with our bodies. Setanta symbolised courage and integrity and the energy of never giving up in the face of any challenge he faced. By naming our clinic Setanta my wife and I seek to identify with this great Irish legend in his principles and work ethic.

As a way to inform our community of the work we do we set up a website SetantaClinic.com and we also created a Facebook Fan Page called Setanta.Hypnotherapy.Clinic both of which we take very seriously. The website also has a blog which we regularly update with posts which explain the work we do from various perspectives and the Facebook Page which reflects our ideas and what we stand for.

Enquiry asking about Hypnotherapy and Science

We often receive enquiries through our website and Facebook Fan page and only just today we received an enquiry from someone asking about Hypnotherapy in relation to dissonance and mirror neurons.

From the enquiry and the phraseology of the comment it seemed that the person had equated what we did with a notion of hypnotherapy was based on suggestion therapy, i.e. Hypnotherapy was a method of conditioning the mind with repeated suggestions to change a behaviour.

I recognised immediately the futility of engaging in any discussion which did not fit this person’s idea of truth. I sent him some links to article my wife and I had written on the subject of Hypnotherapy and urged him to read them first. In my mind I thought it would be sensible that he acquainted himself with our working model of Hypnotherapy rather that us entering into conversation about Hypnotheraspy based on what he believed it to be. Without reading the articles I received an instant reply which read … “Oh ok ….delegation??”

“I was studying neurology (from a buddhist point if view) n was interested in its effects on the dissonance or mirror neurons !”

“I see now where you are coming from. It is my view that scientists seek to make sense of what they observe and in every generation old theories are replaced by new ones. The reason why science is no closer to the absolute truth about anything is because scientists are human beings and all human beings rely on perception to make sense of what they observe. Perception is subjective and as such nothing absolute can ever be based upon it and this basic fact seems to continue to allude the science community. (The same holds for people who try to expalin God using their beliefs as a yardstick.)

Scientists have observed that certain neurons are fired in certain circumstances but if you are familiar with Heisenberg’s Uncertainty Principle you will also be aware that whatever we seek to observe, we change and in the act of observing we actually invalidate the observation!

Hypnosis simply affords people the opportunity to suspend their critical factor to the degree that they are enabled to entertain ideas that are not in keeping with their own core belief system.

A person who is suffering an illness also holds a core belief in the illness. If the therapist was to simply say that their illness is as a result of what the client believes then that would conflict with their core belief and alienate the therapist who would then be unable to help. That is where Psychotherapy comes in.

Hypnosis heals nothing, all it does is open the gate. Once the gate is open the client then uses his/her own inner resources to affect the changes they desire. It is not the therapist who cures anyone of anything either. It is the clients themselves who cure themselves. Whether or not certain neurons are firing at the time when the changes are affected may be of interest to scientists who love to then find patterns to back up whatever theory is fashionable at the time, is of little relevance and help in a process that cannot be explained intellectually but can be felt emotionally.

I myself ,along with my Hypnotherapy and Psychotherapy qualifications, also have a degree in Physics and Mathematics. You and I are both scientists with completely differing belief systems but that is fine by me. I have no wish to convince you or anyoneof the beliefs I hold ‘today’, but since you asked I explained what they were.

There are people in the world who will die for their beliefs, I on the other hand see beliefs as the way we play with ideas and not worth dying for. In my world no belief is truth and that is why it is easier for me to let go of anything that holds me back in my life. Ideas are like birds that fly through the sky. No bird can make a mark on the sky and it is our choice to follow the flight of a particular bird across the sky or turn our attention to another one.

This is as far as I will go with this conversation as I will be busy with clients for the rest of the day and I also am aware that is not my place to question what you believe to be true. In hypnosis however all ideas can be entertained and that is the magic of hypnosis. You have a great day and good luck with your own personal journey. Thank you for the conversation.

The conversation ended and the person thanked me for the communication intimating that he might follow up at a later time.

I see the world through my own filter and believe that the very best I can do when it comes to explaining it is to see it as positively as I can maintaining the awareness that the sense I make of it is actually made up in my own mind and completely subjective.

The beliefs I hold about the world today may not be the ones I hold tomorrow or in the next hour and I am fine with that. Beliefs are ideas in which we have invested our energy. Energy does not need to be stuck anywhere and when we realise this we are free to experience the world any way we desire.

Life is a game and it is belief that makes it serious. When we learn to change our beliefs at will we regain the power to be children again living in the now playing the game of life!

Hypnotherapy to Correct Self Perception

The Most Famous Failed Experiment

The Photoelectric Effect Demonstrates The Particle Nature of Light

Red-Shift and The Big Bang Theory