Mind Mine of Thought 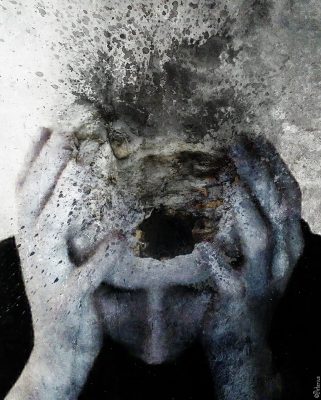 Many people get hung up on this idea and I get lots of questions about it. Most of the questions have got to do with the idea that people do not want to believe that they have been responsible for everything that they have attracted, the good and the bad. They don’t mind accepting responsibility for the good but they refuse point blank to accept any responsibility for the bad.

I am asked if  the Native American Indians conjured up their own genocide by dreaming up smallpox and European cavalry. My reply to that  is the Native American Indian will have felt many emotions and their minds would have most certainly been preoccupied with thoughts of the white eye overrunning their land. This focus of thought would have affected their emotions and how they felt and so they created a reality they experienced as a group.

Goyakla the Apache, or Geronimo as he was later commonly known, however created a different reality for himself and his followers for a long time. His feelings of anger and thoughts of invincibility fuelled his reality until he chose to allow his mind to be hijacked and futility fuelled his decision to surrender and be captured. The Native American Indians did not consciously set out to create their own destruction nor do people deliberately set out to get cancer but the Native American Indian did and we do get cancer. As long as man insists on being a victim and choosing to place his trust in a driver he imagines is driving the bus called life the dynamic of how destruction and disease works will continue to elude him.

How we direct our thought is only part of the equation and by itself is a frustrating exercise in mind control. Although I emphasise the fact that I am not condoning force or the any kind I still get people telling me that they loved what I wrote but find it exhausting trying to root out all their negative thoughts and forcing themselves to be positive always ends up in frustration.

It is like telling me that you ran into a dark room with a torch and did battle with darkness. You shone the torch everywhere and cut through the darkness but it persisted and no matter how hard you tried to defeat the darkness it remained everywhere your torch did not shine. Darkness disappears when you tun on the light in the room. There is no battle or force involved. There is no room for darkness when you turn on the light in the room. By doing battle with thoughts that you do not want you evoke feelings that simply fuel those same thoughts so you sabotage your own efforts from the start.  Why stand outside the room hating the darkness?  Go in and turn on the light. Observe the thought as you would anything outside of yourself. The thought  is not you, it is separate from you and it survives by you identifying with it. Observe it with the curiosity like a child who picks up a caterpillar to look at it and then leave it down and move your attention to where you want it to go.

Like someone who has just stopped smoking or drinking or eating chocolate. You decided to stop but the thoughts of having a cigarette or a drink persist. Every time the thought arises or passes near you, rather than running from it or giving in to it, observe it and simply say something to the effect “oh there you are again.” Create this separateness between you and it and eventually the separateness becomes so wide  it disappears into the horizon. You make it more difficult for yourself when you engage your feelings and that is why I say suspend your feelings and view the unwanted thoughts as curiosities and they become strangers.

To make it easier for you to practise the art of separating yourself from thought that would otherwise sabotage your happiness I have created a 10 minutes Morning Meditation that you can download for free from my website and put on your iPod or MP3 player. You can purchase and download this recording from our Setanta Hypnotherapy Clinic  Website Shop

Following is a link to an article I wrote under the name Spirit Whisperer on HubPages. I explain by way of my own personal experience, how our limiting beliefs can sabotage  our efforts to achieve what we truly desire and how I overcame these same limiting beliefs.