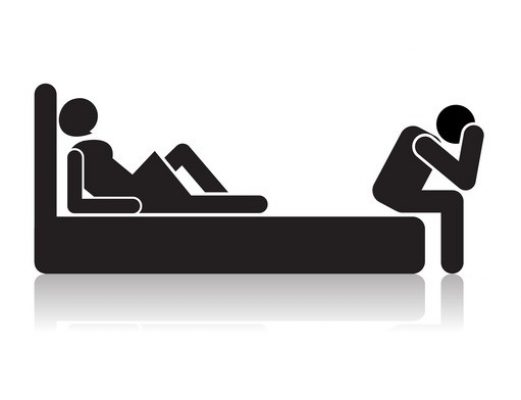 Of all the conditions that can be successfully treated by Hypnotherapy, Sexual Dysfunction, by its highly emotional nature, lends itself to this treatment. When I say Sexual Dysfunction I am referring to any difficulty or block experienced by either man or woman before, during or after normal sexual activity.

This is experienced as a result of prolonged disinterest in sex or lack of sexual desire. This could also include not just sexual activity but also sexual fantasy. Conventional medicine would seek to treat the symptom by endeavouring to balance the level of hormones in the body whereas Hypno-Psychotherapy would see that the hormonal imbalance would be a consequence of an emotional imbalance. Hypnotherapy would then seek to address the inner imbalance at the subconscious level in order to bring about external balance. Very often people who seek our help are suffering from depression and/or anxiety and have not made the connection between this and their sexual difficulties. In these cases it is after dealing with the depression and anxiety issues that the sexual problems are spontaneously alleviated and in most cases completely cured.

These disorders are more commonly known as impotence or erectile dysfunction in men and frigidity in women. The lack of arousal could be as a result of a complete lack of interest in sex due to a feeling of aversion or avoidance. In many the fear of failure creates such intense feelings of panic that bedtime becomes an ordeal and a time of intense stress. Conventional medicine would seek to address the physical symptoms such as focussing on blood pressure and in the case of women the lack of vaginal lubrication. Hypno-Psychotherapy sees that feelings play a major role in sexual arousal and as such it is the individual’s feelings before during and after sex that are explored in order to uncover the underlying emotional root cause for the diminished sexual arousal. It is in uncovering the cause and dealing with it at the subconscious level that the condition is alleviated and almost always completely cured.

Persistent delays or complete absence of orgasm after the normal sexual excitement and activity are labelled Orgasm Disorders. Conventional medicine would normally seek to treat problems using prescribed medication but ironically in this case it has been found that antidepressants are actually one of the main causes for the disorder. Hypno-Psychotherapy would suggest that the depression be treated using a course in Analytical Hypnotherapy and once cured and under the guidance of the individual’s GP they be weaned off the antidepressants.

Has to be one of the most frustrating disorders for both partners but especially for the woman when her partner persistently ejaculates before she reaches orgasm. This can lead to tension and conflict in the relationship and the man developing feelings of inferiority seeing himself as a failure and less of a man. Conventional medicine would seek to treat the condition with medication or to use techniques to prolong the time before ejaculation but these do not work. Hypno-Psychotherapy seeks to uncover the emotional root cause of the condition and once it is addressed at the subconscious level it is then understood at the conscious level and once that occurs the condition is spontaneously alleviated and almost always completely cured.

Painful intercourse is mostly experienced by women and is mostly the result of Dyspareunia, insufficient lubrication giving rise to vaginal dryness or Vaginismus an involuntary spasm of the muscles of the vaginal wall that interferes with intercourse. Men whose foreskin is too tight can suffer pain during intercourse as can men with yeast infections that cause cuts on the foreskin that get inflamed or infected. Conventional medicine is particularly successful with sexual pain disorders because the cause is more mechanical than emotional. There are however cases where sexual pain disorder is as a result of subconscious guilt which then surfaces as an unconscious desire on the part of the individual to be punished. Hypno-Psychotherapy is particularly successful in treating guilt issues.

Hypnotherapy sees Sexual Dysfunction as a subconscious reaction to an underlying emotional problem. It is not enough to just treat the symptom without also addressing the underlying cause and that is why it is recommended that hand in hand both treatments enhance each other and result in permanent cure. The main reason why so many people simply live with such disorders is that people feel embarrassed to admit that they suffer from them. Many opt to live with the disorder accepting it as part of their lives and never experience the fullest potential of the quality their sexual lives have to offer.

At Setanta Hypnotherapy Clinic in Peel, Isle of Man every enquiry receives our most careful consideration in that nobody is made to feel judged and the complete confidentiality is assured under the code of ethics we practice. You are also give the choice to be treated by a male or female therapist and your preference should be made known with your initial inquiry. To book a Free initial consultation e-mail either Xavier or Mary or call Setanta Clinic on 842938