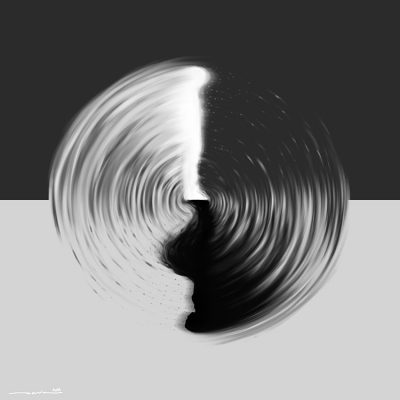 Once we form an impression of someone or something it is hard to change that impression.  If you were frightened by a dog when you were young then the likelihood is that you will have formed the impression that dogs are scary.  Logically you know that all dogs cannot be the same as the dog that frightened you but logic has nothing to do with feelings.  It is how you feel about dogs that governs your attitude and behaviour around dogs and these feelings are as a result of the impression you formed about dogs when you first came across them.

In much the same way people have formed an impression of Hypnosis based on how it was portrayed to them when they first came across it.  Most people seem to be influenced by the image of the hypnotist on the stage putting people under their spell and making them do foolish things to entertain an audience.

Once an impression like this had been formed in the mind of a person you can understand why it might then be difficult for them to see hypnosis as a tool for healing in the clinical setting.  In this regard stage hypnosis had given an impression that then closes the door to the minds of many to the power to heal.

Even the word hypnosis conjures up feelings and impressions that could not be further from the truth.  If you see a person slumped over and seeming to be under the control of a hypnotist on stage it is no wonder that you would then come to the conclusion that hypnosis renders you vulnerable.  You might have formed the impression that in hypnosis the hypnotist can make you do anything and this is a scary prospect for most people.  This is why only the volunteers who are inclined to be exhibitionists are chosen by the hypnotist and that is the first stage of the elaborate illusion created by the stage entertainer in partnership with, a more than willing to please, volunteer.

In reality, hypnosis is a state of relaxation. In the state of hypnosis you suspend the part of you that would otherwise prevent you from entertaining ideas other than the ones you hold firmly to, including your belief in your own illness.  However, in hypnosis you would not accept any suggestions given to you that might go against your own moral or ethical principles.  In the clinical setting you are given suggestions while in hypnosis to get you to question your belief in your own illness. It is only in changing your mind about your illness that any change can take place, and this is where hypnosis is very effective.

Simply giving people suggestions to get better is not always the most effective approach.  Therapists, like Paul McKenna, who advocate this approach, give the impression that it is the therapist who is the one in control and who is seen as a kind “Miracle Worker”!  When the therapist then makes claims to the effect he can cure you and you see him in this light on TV shows and newspaper articles and in books how could you not form the impression that the therapist is the one in control and once again you are like the volunteer on stage.

The kind of therapy used by Paul McKenna is Suggestion Therapy and though it an effective treatment for certain conditions Analytical Hypnotherapy is recommended for more deep rooted emotional conditions.

Here at Setanta Hypnotherapy Clinic in Peel, Isle of Man, we use a combination of Hypnosis and Psychotherapy which is also referred to as Hypno-Psychotherapy or Analytical Hypnotherapy to treat Depression, Anxiety, Panic Attacks, Insomnia and any condition with at an emotional root cause. When an emotional root cause is not an obvious reason for the condition, like Smoking, Phobias, some Weight Loss and working with children, we then use Suggestion Therapy.

For most conditions we have found, that unless the cause of the condition is discovered and dealt with at the subconscious level, the condition was not resolved. We have treated many people over the years who had been originally treated by therapists using only Suggestion Therapy and we found that though in some cases the original symptoms were alleviated or even disappeared they were almost always replaced by new and in some cases more severe symptoms.

An opportunity for personal development

If you would look upon your symptoms as opportunities for personal development then understanding the reasons behind your problems would make more sense and the journey of healing becomes a fulfilling experience, more a challenge than a chore.

First impressions can be misleading and especially when made about alternative options to heal yourself. Hypnosis with Psychotherapy is an effective option and its ethical humane approach makes it a therapy that is growing in popularity among medical doctors who no longer see long term medication as a satisfactory solution.

Video by Xavier and Mary Nathan on Hypnotherapy and Perception

An Holistic Approach to Stress and the Human Condition

Hypnosis with Psychotherapy is a Remedy for Healing